✨Is your android really slow?✨
Do you have to keep restarting and rebooting your android phone or deleting photos and videos, uninstall apps after using several months?
Do you always complain about Android security when browsing the web or download android apps or games especially from unknown source?
And do you worry about privacy leakage and hope to protect your call log, photos and apps?
Download 360 Security Lite now, your phone will perform faster, safer and quicker!

⭐️Phone Boost
Optimize memory and speed up phone. Optimize your phone speed by shutting down lurking background apps, free up phone memory. Keep your phone far away from freeze and slowness.

⭐️Privacy & App Lock:
Prevent sensitive data on the device such as Facebook, Instagram, Snapchat and other important and private documents from falling into the wrong hands.

Protect your mobile device with 360 Security Lite, a free security app designed to protect your Android phone against the latest virus, malware, system vulnerabilities, and privacy risks. The super cleaner also cleans application caches and junk files from your system, Increases the available storage space on SD card. It’s a must have security defender.
——————————————

360 Security Lite – Free Antivirus is compatible with most Android phones and systems, including but not limited to all devices from Samsung, Huawei, Sony, LG, Motorola, Lenovo, TCL, HTC and more… 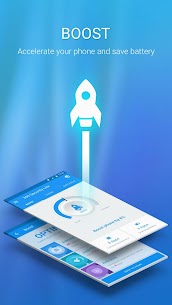 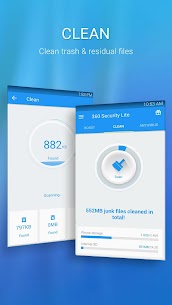 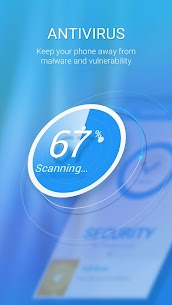 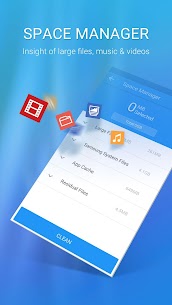 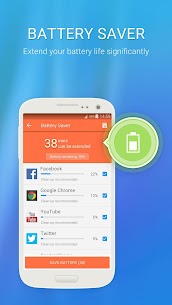